Discover our Knowledge Base 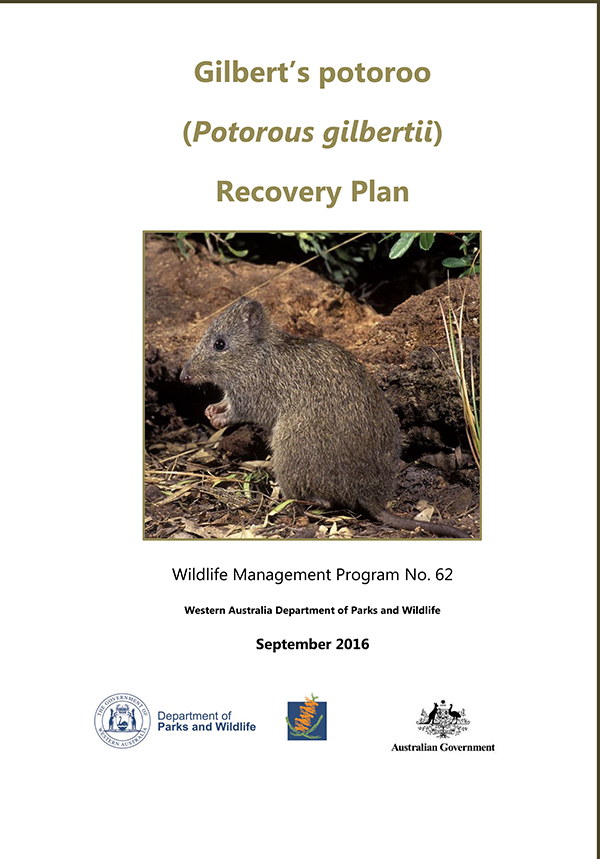 How many bird and mammal extinctions has recent conservation action prevented?

Returning the rat-kangaroos: translocation attempts in the family Potoroidae (superfamily Macropodoidea) and recommendations for conservation

Sinclair, E. A., & Westerman, M. (1997). Phylogenetic relationships within the genus Potorous (Marsupialalia: Potoroidae) based on allozyme electrophoresis and sequence analysis of the cytochrome-b gene. Journal of Mammalian Evolution, 4, 147- 161.

World's rarest marsupial back from the brink (December 2014)

New lease on life for potoroo: the fight to save our rarest animal (June 2018)

Australia’s draft strategy for nature doesn’t cut it. Here are nine ways to fix it (March 2018)

Government needs to front up billions, not millions, to save Australia’s threatened species (March 2017)

Species teetering on the brink of extinction (February 2017)

Fires send Gilbert’s Potoroo back to the brink (November 2015)

Back from the dead: Gilbert’s Potoroo (September 2012)

Department of the Environment

Website of the Australian Federal Government Department of the Environment

The Centre's major function is to document the biological diversity of the Australian environment through establishing the taxonomic identity and relationships of native plants, their geographical distribution, and their ecological relationships.

Links to Environmental/Conservation Organisations and Groups

International Union for Conservation of Nature and Natural Resources: Since their inception, the IUCN Red Data Books and Red Lists have enjoyed an increasingly prominent role in guiding conservation activities of governments, NGOs and scientific institutions...

We are a part of the WWF International Network - the world's largest independent conservation organisation...

The Threatened Species Network (TSN) has a rich history of community-based conservation work. Unfortunately, the government funding that made this program possible is no longer available.

The Australian Mammal Society (AMS) is an interdisciplinary society of biologists whose common interest is in the biology and conservation of Australian mammals.

Earthwatch engages people in scientific field research and education to promote the understanding and action necessary for a sustainable environment.